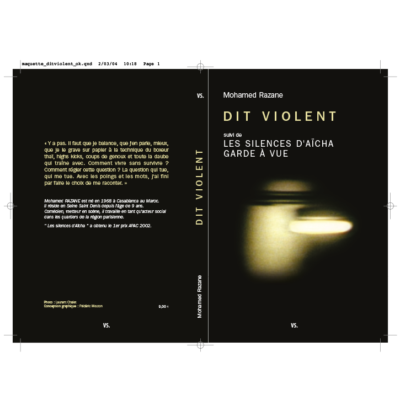 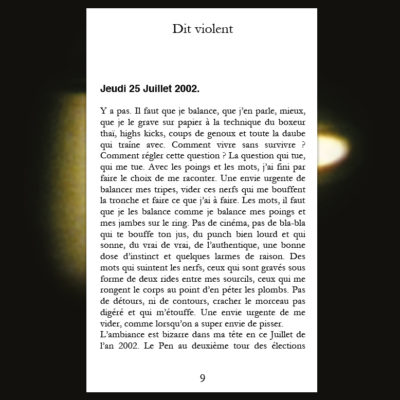 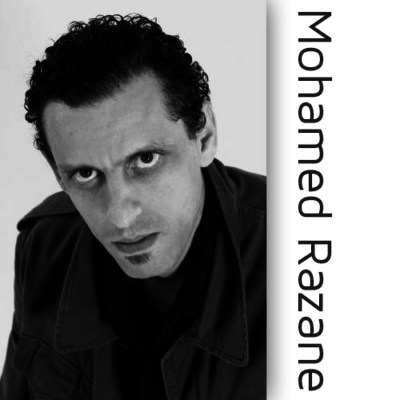 “Dit Violent » is a novel written by Mohamed Razane originally published by VS. It is followed by « Les silences d’Aicha » (prize APAC 2002) and « Garde à vue ».« Dit Violent” was later published by Gallimard in the prestigious Collection Blanche.

Mohamed Razane was born in 1968 in Casablanca, Morroco. He lives in Seine Saint Denis since the age of 9. Actor, play writer, theater director, he works as a social worker in the outskirts of Paris.